🌈Forgot My Chute!!! 🧟‍♀️✫On Oct. 14, Armer posted a video of himself leaping from the top of the eight-story Newport Towers apartment building into Newport Harbor, narrowly missing a dock, authorities said. Newport Towers security reported the incident to police. Police said detectives identified Armer as the man in the videos through interviews with homeowners and other witnesses. Laguna Beach police arrested him in October and he was released on $500 bond several days later. But he wasn't through with the thrill of the jump, authorities said. A. I knew where to jump from bottom. B. @gooch_apparel C. Wasn't trippin . In fact, almost chuckled when I saw it from top . D. Demon Slayer 130' Jump from an office building into a harbor in Newport . I was needing to make another viral video. I also knew this jump would go viral prior to even jumping it. Using both the hero 5 black and a session 5 two days after they were released; I sent it . **12-16-17.—- 8booth here, just read the description on this thing and man it sucks, I am trying to improve on my descriptions a bit. So, basically after el morro, i started jumping everything in town because I mean,,, I just hit the gnarliest, biggest cliff in the area. It made everything else seem much smaller. I hadnt really hit "full fame" at this time, but i was getting pretty known locally. I had jumped everything i thought was possible in laguna up to that point. So, i thought to myself, well, newport is the next city north. bays, harbors, buildings. So, my friend @pteyecepic my main scout and mission homie, who also kills it at photography, who i actually even started all this shit with! anyways, we head up to newport to find, what i wanted, ""over a 100 footer"".. if you check out the vlog of this i did, you can see it as it happens. literally. nothing was played out. After finding this demon of a building, checking the depth at a SOLID 14'.. we went back the following day to infiltrate . we made it all the way to floor number 9, which was locked by a pretty big lock I actually brought bolt cutters for this purpose… shhh but the lock was too massive. DETERMINED and it was becoming night fall. I went down to the lower floor and found a piece of rebar.. Ran back up the 9 flights, and began working, not the lock, but the latch. Mind you, this building is literally DEAD silent . every time i worked the latch the rebar would bend, so id adjust the angle and continue. the latch, to my surprise, actually started loosening. It was at a point where i could not get any sort of leverage from the bending rebar to pry at the latch . I turn to my friend and tell him to stay back . Take the rebar, like it was an ancient Samurai kill strike, and went for it with one massive wack. Perfect connection, sparks flew up from the latch which had busted completely off.. i freaked out because this place was so quite and bolted down the stairs to get my gear on and ready. My friend never returned, i thought he got arrested or something and i started to keep my focus on the objective. If my friend was arrested or not, i was hitting it. luckily i saw him . I asked where he was, he said that he checked out the roof!! i was like WHAAAAAAAA…. how is it he looked up shortly then back down, and said "your chill bra, easy" or something like that. As i near the door on the 9th floor, busted latch and a piece of rebar on the floor . I stepped through the door. MENTAL.. As anyone knows. I had never done any of these jumps before. Every time it was recorded . It was a first time account. I near the edge, my first thought to myself "cake" i almost laughed in my head. No challenges . just jump into the water. I knew id get hurt from it . the Padded hockey shorts i had on underneath may have helped, but i still have a click when i breath in my chest . its ok . so i understood that i needed to jump a little more at an angle than id anticipated from the bottom . Recalculate . square up . jump.. This was, to be honest, one of my easier jumps . There are some jumps that i would take so many run ups to and never do . Anyways . im toasty and thought id elaborate, but you should def check out the Vlog of this you can find here: ✫https://www.outsideonline.com/2131456/what-we-can-learn-about-cliff-jumping-short-lived-career-anthony-booth-armer ✫https://abc13.com/society/video-man-records-freaky-129-foot-leap-into-harbor/1562141/ ✫https://www.thrillist.com/news/nation/8booth-eight-story-jump-into-harbor-daredevil2016-10-15T02:37:27.000Z 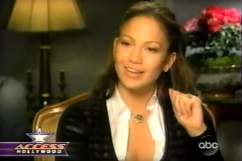 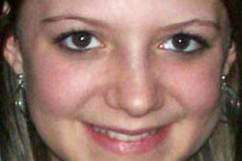